Levon Helm: Ramble At The Ryman 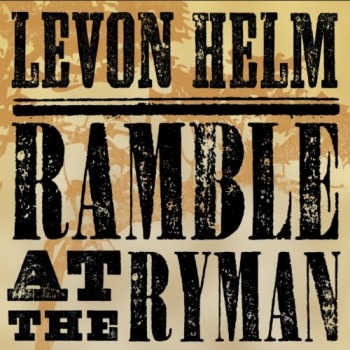 Guest musicians during this performance featured Buddy Miller, John Hiatt, Sheryl Crow, George Receli, Sam Bush and Billy Bob Thornton. Helm’s tenure in The Band, his Grammy-winning Dirt Farmer and his love for the American Songbook provided the group with a wide-range of material.

Thornton introduces Helm, and the whole ensemble kicks into The Band gem “Ophelia”. From the sound of Helm’s voice one would never know he defeated throat cancer. “Back To Memphis” and “Fannie Mae” travel back to Helm’s days with rockabilly legend Ronnie Hawkins. Crow sings “Evangeline”, and a Carter Family tune “No Depression In Heaven”.

Ramble at the Ryman closes with three classic Band songs: “The Shape I’m In”, “Chest Fever” and “The Weight”. One cannot quibble over Helm’s status in American music, and this release provides a compelling testimony to his timeless nature.