“I’m goin’ back to Savannah/Sign my initial down
The men all like me/And the women all want me around.”
“Savannah Mama”
–Blind Willie McTell.

On Thursday, January 23, 2020, we stopped by the legendary Wilkes House for lunch. Unfortunately, a sign indicated they’re closed until February 2. So, I thought I’d run this old Soul Food dispatch until we make it back to Savannah.

Located in historic downtown Savannah, Mrs. Wilkes Dining Room remains a landmark in the city. Not far from Flannery O’Connor’s childhood home, this venerable eatery always draws a crowd. Savannah’s architecture makes it apparent why Sherman didn’t burn this city down like he did in Atlanta…and all points in between…

Mrs. Wilkes’ cooking lured Hollywood heavyweights such as Robert Duvall, Gregory Peck and Kate Smith to Savannah, who raved to their thespian friends out west about the southern food. Even when the July temperature hovers around 97 degrees in the shade, one’s anticipation for this indelible cuisine overshadows relentless humidity. 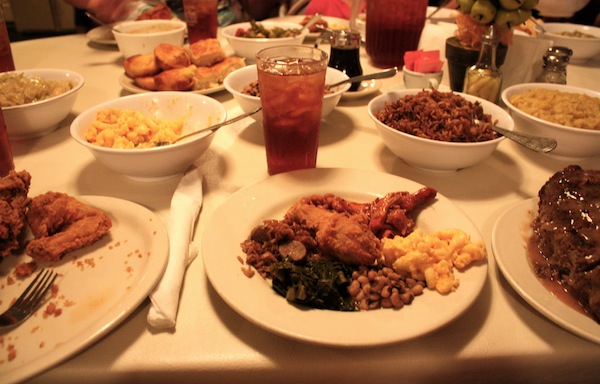 The place never disappoints, and although it’s a tourist attraction the clientele remains predominately southern. Mrs. Wilkes died in 2002 at 95. Her book, Mrs. Wilkes Boardinghouse Cookbook, contains over 250 recipes and has sold over 300,000 copies.

Mrs. Wilkes Dining Room operates on the main artery of the Old South…